Ghanaian actor James Gardiner has enthralled his fans with a wedding photo that appears to show him secretly marrying his heartthrob.

The actor has been congratulated after sharing a photo from what appears to be a private ceremony held in a small room with a few industry friends in attendance.

Gardiner and his alleged wife are seen seated at a table signing their marriage documents at the registry in a photo posted to his Facebook page.

He simply captioned the photo: “The bells are ringing. Something Biiiig is coming!”

The photo of the actor and his wife in a beautifully tailored white suit and wedding gown is thought to have been taken on set.

Some fans have approached the actor, requesting the title and release date of the rumored upcoming film.

Related Topics:featuredJames Gardiner
Up Next

Photos of the women #BBNaija housemate, Hermes is in an intimate relationship with

Gomez started his career in Barcelona’s La Masia Academy as an attacking midfielder before moving on to Borussia Dortmund.

City will pay an initial £11m ($13m) fee for the 21-year-old with the potential for the price to rise further in unspecified add-ons.

Gomez spent two seasons on loan with Spanish side Huesca before moving to Anderlecht, where he starred under former City captain Vincent Kompany, claiming 15 assists and being named the club’s Player of the Year.

“City are the best team in England and in Pep Guardiola I have a chance to learn and develop under the most outstanding manager in world football,” Gomez said after his move was made official on Tuesday morning, August 16.

“To be able to be part of this club is a dream come true for me and something any young player would aspire to.

“The number of trophies City have won over the past few years has been incredible and the style of football the team plays under Pep is the most exciting in Europe. Playing for and being guided by Pep and his coaches is going to be very special.”

“When [my brother] went on a school trip to London, I asked him to buy me the Manchester City shirt with the name and number of David Silva. At that time, I was wearing the number 21 too,” he added.

“He was one of my favourite players in that position because when I was a kid I used to play in Silva’s position. That’s the story of the shirt and I have kept it well since.”

Jurors at Chester Crown Court on Monday August 15, saw bodycam footage of the interior of the house where Mendy’s alleged ‘fixer’, Louis Saha Matturie, is accused of bringing girls and young women from the Manchester nightclub China White, to be raped by the footballer. 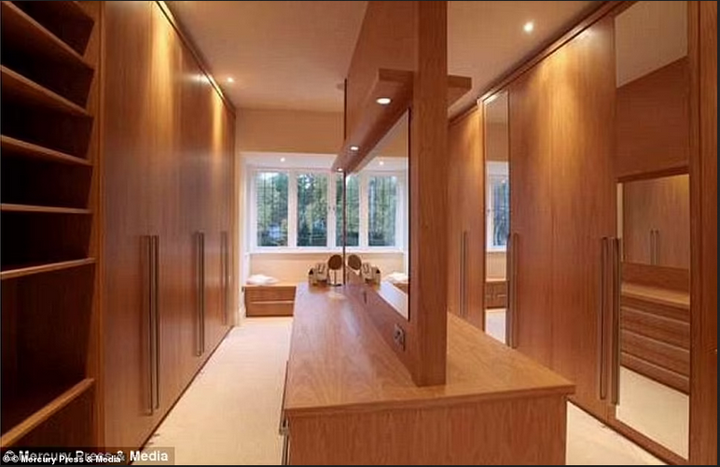 The footage of the Grand Designs-style property showed an indoor swimming pool and home gym, what appeared to be a large changing area complete with vanity mirrors, spa accessories and huge wardrobes, and the footballer’s bathroom and kitchen.

Paintings of Mendy and various graphics bearing his name were seen on the walls. 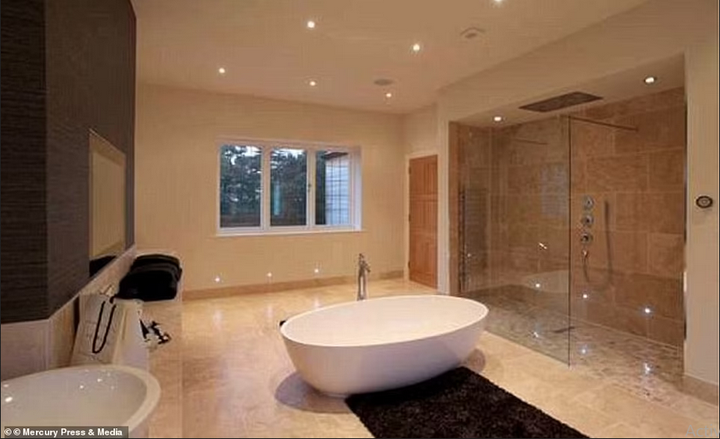 Two of the areas in the house in Prestbury, Cheshire, doubled as ‘panic rooms’ where two of the footballer’s alleged victims claimed they were assaulted.

Both the master bedroom and downstairs office of the huge home had a special locking mechanism, which created a ‘panic room’ in case of burglary which can only be opened from the inside not the outside. 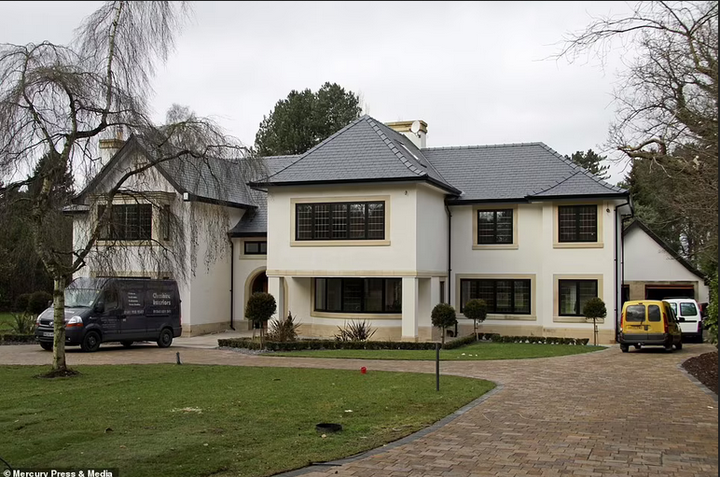 The jury heard how a person would have to know how to open the doors to these rooms from the inside, which meant the women believed they had been locked in.

Other alleged victims claim Saha took their phones when they arrived at the sprawling and isolated mansion known as The Spinney, before plying them with alcohol in an attempt to make them comply.

Some were allegedly high on laughing gas after inhaling nitrous oxide balloons. 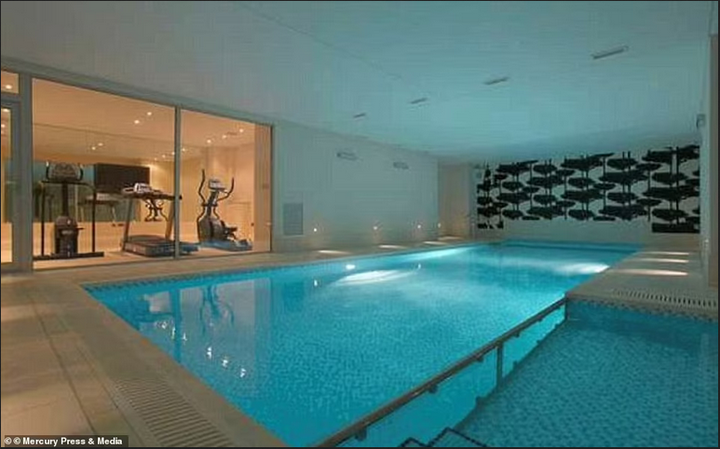 Mendy, 28, is accused of being a ‘predator’ who showed ‘callous indifference’ and denies charges of eight counts of rape, one count of attempted rape, and one count of sexual assault.

Saha, 40, has also entered not guilty pleas to all charges he faces which include eight counts of rape and four counts of sexual assault.

Both men are said to have treated women with ‘callous indifference’ and assumed any ‘who heard the gates (of Mendy’s home) close behind her’ was ‘available for sex’.

Prosecutor Timothy Cray QC said: ‘One of the things Saha wanted to do was to get attractive women to The Spinney so Mendy could have a go with them.’

No contraception was ever used, jurors were told.

One woman from China White in Manchester went back to the house on July 23 last year where she said she was raped by Mendy. 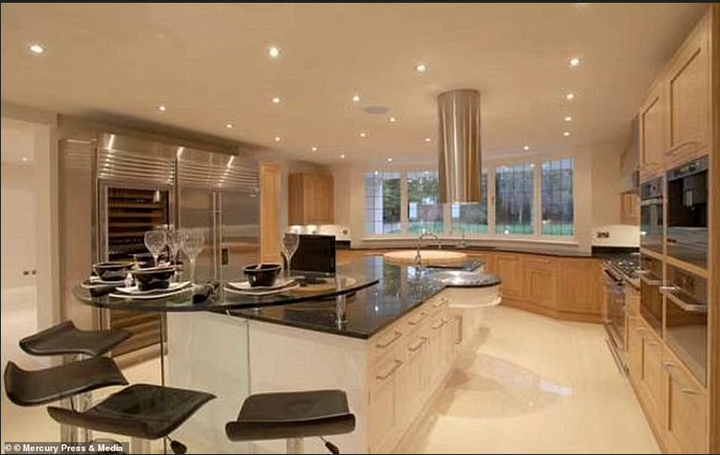 Mr Cray added: ‘He led her downstairs to the cinema room. She told her friend ‘If I am not back in five or ten minutes please come looking for me’.

‘Her friend tried to get downstairs but two of Mendy’s associates she did not know was blocking the stairs.’

Another two women, both 19 and who had been to the club went to Mendy’s house, where they were both allegedly raped.

The court heard that as Mendy attacked one he declared: ‘don’t move, don’t move,’ while the second woke up to find the footballer raping her.

Mendy and his co-accused’s court case was earlier told they ‘turned the pursuit of victims for sex into a game’, crossing the line of consent ‘over and over again’.

Mr Cray said Mendy and Saha denied any wrongdoing and instead claimed the women had consented to sex, often ‘willingly and enthusiastically’.

But the barrister said that the fact that the pair did not care if the women were in obvious distress, seriously intoxicated through alcohol, much younger than them or had simply gone to Mendy’s house to meet friends showed that their view of consent was ‘miles away’ from that of any reasonable person.

‘These defendants weren’t in some happy state of sexual ignorance, they knew very well what they were doing,’ Mr Cray added. ‘They turned the pursuit of women for sex into a game and if women got hurt or distressed – too bad.’

‘They knew very well what they were doing. They turned the pursuit of women for sex into a game. They were prepared to cross that line over and over again. That was the effect of their game.

‘To them these women were disposable things to be used for sex and thrown to one side.

‘Central to the case is Mendy’s home at the time. We say Mendy’s house is part and parcel of how the defendants gained control of the victims.

‘It’s a mansion. But more importantly, it was isolated, as so many of the victims thought.

‘On occasions when they got there, the victims had their phone taken from them. Some of the complainants were taken to rooms which were locked.’

Mr Cray told jurors that Saha, of Eccles, Salford, was Mendy’s friend and fixer, and one of his jobs was ‘to find young women and to create the situations where those young women could be raped and sexually assaulted’.

The prosecutor said Mendy was a ‘reasonably famous football player’, and alleged that ‘because of his wealth and status, others were prepared to help him to get what he wanted’.

He added: ‘Our case is that the defendants’ pursuit of these 13 women turned them into predators, who were prepared to commit serious sexual offences.’

He said ‘the fact they would not take ”no” for an answer’ would be something the jurors will ‘hear time and time again’.

The prosecutor said Mendy and Saha say in ‘broad terms’ that all the women consented to sex, disputing only a couple of allegations in which they deny anything sexual happened.

Timothy Cray added there are no ‘big disputes’ about times or places of the events, but highlighted that the central question is whether the women consented to sex.

Mr Cray added: ‘Ultimately, these cases are about where the line is drawn.

‘You will be able to weigh up whether, in each case, the defendants crossed those lines because this is central, readily understandable life experience – you will know where the truth is after having heard the women concerned, the challenges to them and the other evidence that is relevant to the allegations in the charges.’

Number plate of a Tesla car in causes stir online

The number plate of a Tesla car seen in Lagos causes a stir online.

Tesla is a brand of electric car which doesn’t use petrol but is propelled by one or more electric motors, using energy stored in batteries.

The number plate of the Tesla car spotted in Lagos read “Fuel LOL”. Twitter user @AdeyemiDavid_ shared the photo with the caption;

In this lagos, y’all be safe.

Update: Benjamin Mendy tried to rape young woman after she got out of the shower at his ‘isolated’ mansion, court hears

‘Luckily I didn’t see you ‘ : Tottenham Coach, Antonio Conte says he would have tripped Thomas Tuchel up as the Chelsea coach ran past him following their second goal (Videos)

Have you seen this trending dance video of MP Sam George?