It’s an open secret that former President John Agyekum Kufour doesn’t like the incumbent President, Nana Akufo Addo. Well, that has been the perception and a propaganda tool often spread in the grapevine by National Democratic Congress (NDC) faithful.

We have no evidence to suggest that they don’t like each other but the truth is that even some NPP supporters believe there could be an iota of truth in these popular rumors.

This subject has been given a new lease of life after General Secretary of the NDC, Johnson Asiedu Nketia, known widely as General Mosquito explained in an interview on Asempa FM about this famous seeming beef between the two statesmen.

General Mosquito said Nana Akufo Addo harbours element of resentment towards Kufour because of his failure to use his incumbency to ‘hold on to power’ for him during the 2008 elections during the time he was leaving office after serving his two terms.

Nana Akufo Addo wanted the outgoing president, John Agyekum Kufour who was ruling the country on the ticket of the NPP to use his advantage to help him come into power during the second round of the general election which was limited to the Town of Tain.

According to the narrative, Kufour refused to do so which led to some skirmishes at Busia’s house between Kufour and his allies and that of Akufo Addo. Eventually, the NDC, led by John Evans Atta Mills won the elections.

Meanwhile, Nana Akufo Addo has been holding virtual meetings with his ministers since he went on a 14 day mandatory isolation as a precautionary measure against Covid-19. Cabinet met for the 80th time this week since the New Patriotic Party (NPP) took over power under the leadership of Nana Akufo-Addo. 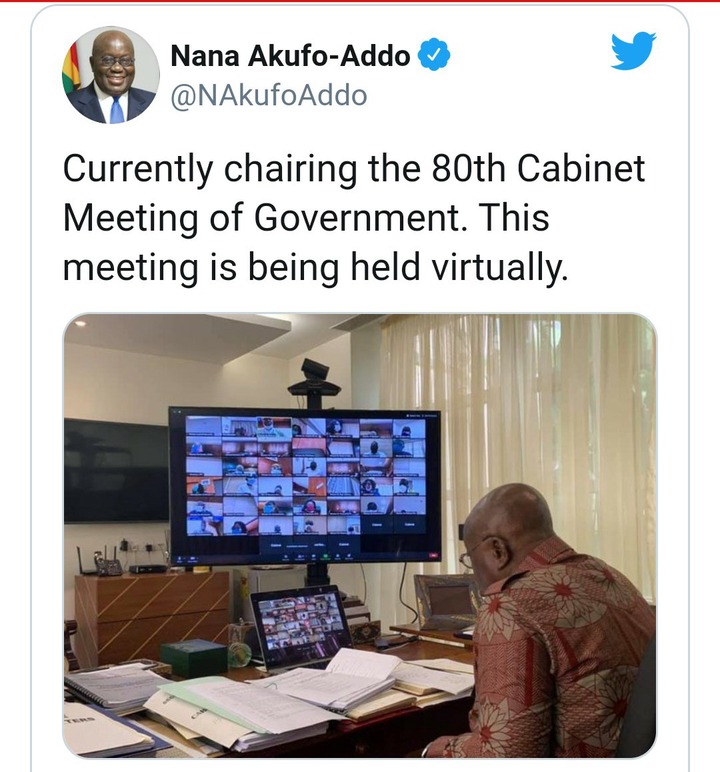 ‘I chaired the 80th Cabinet Meeting of my government from the Presidential Villa in Jubilee House,’ President Akufo-Addo told Ghanaians on his official Facebook account.

According to exclusive news available to KubiLive, yet to renew at Juventus, Paulo Dybala’s future seems uncertain.

Todofichajes reports Chelsea are working to convince the playmaker to join the Premier League club and are prepared to offer up to £90.9million (€100m) for the Argentina international.

The Argentinan striker has played 7 seasons, 244 matches and scored 95 goals.

‘Buhari, The Biggest Criminal In Africa’ : Imam Of Peace

Imam of Peace has reacted to the ongoing menace in Nigeria following the SARS brutality against the innocent youth in the country.

The cleric has condemned Buhari for turning a blind eye to the Lekki Toll Gate Shooting which was seen by several people around the world.

On Thursday, he greeted all Nigerians but not the President labelling him as the ‘Biggest Criminal In Africa’

“GOOD MORNING TO EVERYONE EXCEPT BUHARI THE BIGGEST CRIMINAL IN AFRICA. #ENDSARS

Ghana Election 2020: IMF Have Been Scammed By The Finance Minister : John Mahama

The Presidential Candidate of the opposition National Democratic Congress (NDC)John Mahama says IMF has allowed themselves to be scammed by the Finance Minister Ken Ofori Atta for cooking books presented to them.

According to the NDC flagbearer, IMF has been hypocritical in dealing with the Finance Minister and he has used the same methodology to fool all international agencies.

‘Buhari, The Biggest Criminal In Africa’ : Imam Of Peace

Ghana Election 2020: IMF Have Been Scammed By The Finance Minister : John Mahama

Social Media User Threatens To Drop Names Of All The Nigerian “D!cks” Kafui Danku Is Chopping

All Branches Of Obinim’s Churches Closed Down

#EndSars: Man Gives Chilling Account Of How He Survived Gunshot Attack At The Lekki Tollgate | WATCH

Get That Sh!t Fixed : Cardi B Talks About #EndSARS Brutality And Ends It With Kissing Offset On Live Cam | WATCH